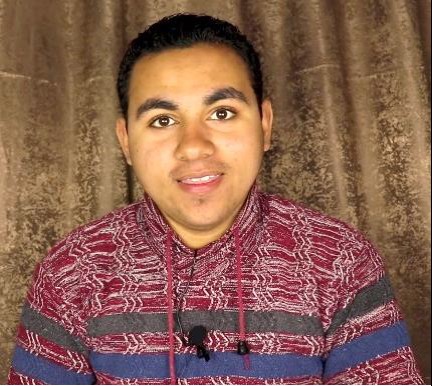 Coptic Orphans participants never cease to amaze us. Over the years, we’ve had many of our Not Alone students graduate from prestigious universities to become successful doctors, pharmacists, and engineers. Recently, we learned that one of our students is on the verge of becoming a Youtube star!

Allow me to introduce you to Kamel Abd-Elmasieh. Originally from Mallawi, a village in Minya, Kamel joined Coptic Orphans Not Alone program after losing his father at the very young age of four. Kamel has been in our program for 15 years and is now by God’s grace studying electrical engineering at the University of Monofia.

Kamel’s diligence and hard-work through the years has paid off, allowing him to reach not only this point of academic success, but they have shaped his character and personality as well. This is why Kamel was recognized as one of Coptic Orphans’ distinguished Future Leaders. A future leader is a student who receives our in-house scholarship which is only awarded to 40 of the Not Alone program’s best and brightest.

Without the support of his Rep and the guidance and training he received from the Not Alone program, one can only wonder if Kamel’s raw talent and potential would have found the right outlet for success.

With neither hope nor direction, even the brightest youth are often likely to abandon their dreams. But not Kamel. Kamel didn’t let his talents go to waste.

What initially began as an idea to educate his peers at university regarding the benefits and uses of technology sprouted into a medium through which Kamel shares information with the greater public. Realizing the power and reach of the internet, Kamel started a YouTube channel and named it “El-Bashmohandes” (The Engineer); quite fitting for him.

Without a professional studio, Kamel tapped into his resources and began recording videos from his very own bedroom. He was blessed to have his sponsor abroad give him a new camera. With his new camera and other equipment, Kamel was able to produce several short and informative videos which he uploaded to his Youtube channel. The videos cover a variety of topics about electronics ranging from software, hardware, gaming, tips to safeguard against hacking, hard-disk and flash memory capacity, and even one about the Pharaonic origins of binary computing.