‘MY LITTLE STARS’ – A MOTHER LETS HER CHILDREN SHINE 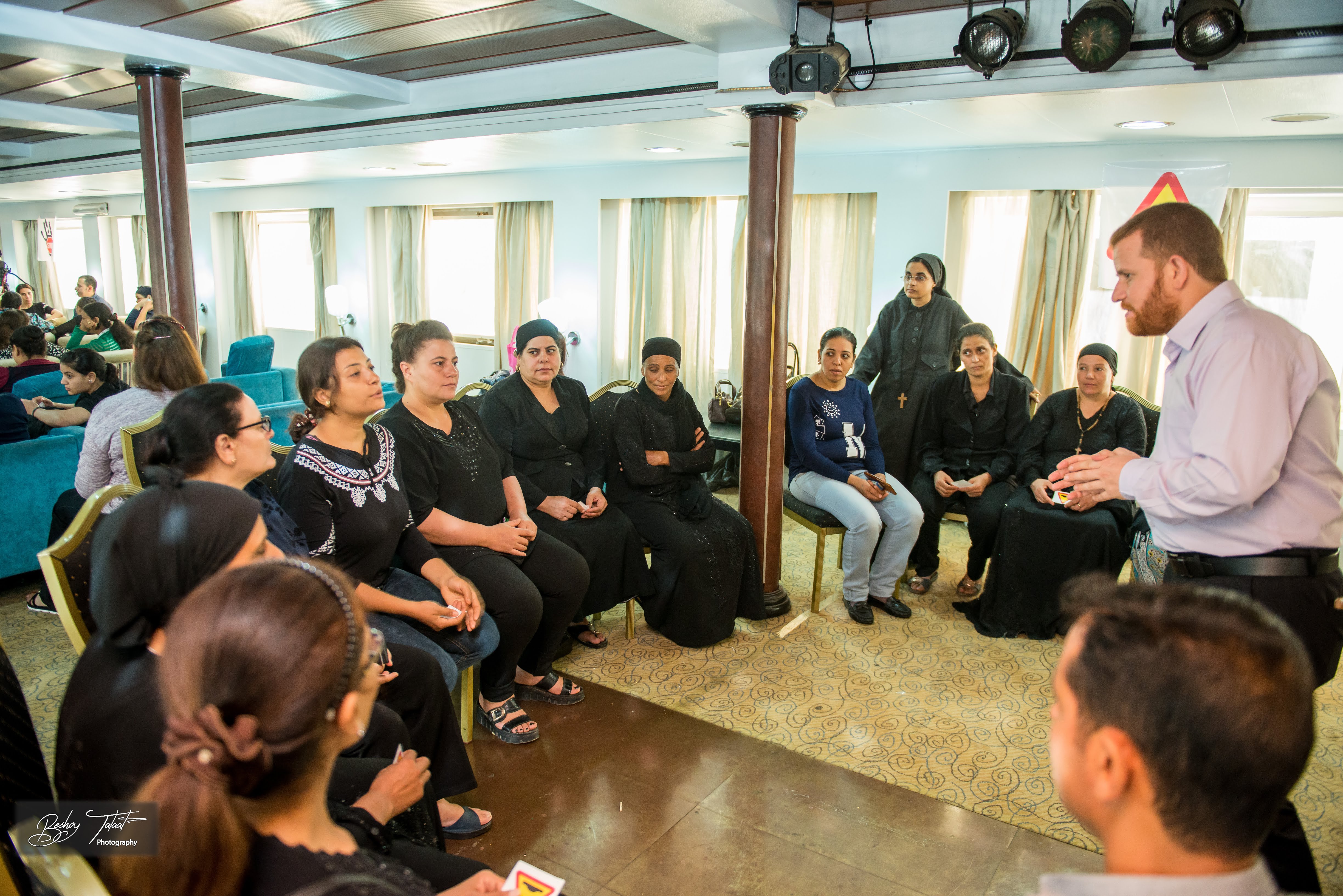 Mona, a widow living in Upper Egypt, has three children, two boys and girl. Her husband died in 2013. Mona joined the Coptic Orphans Workshops for Mothers in 2018. She was part of a large group of mothers who attended the Protection from Physical Abuse trainings.

Prior to attending the workshops, Mona really struggled with the upbringing of her children. Living in a poor and largely uneducated district, Mona was always worried about her children, particularly for her daughter, Mariam who was 6 years old. She was the only girl.

To teach Mariam obedience, Mona often used very harsh disciplinary methods. She would not only beat Mariam, but Mona would also heat up a spoon and place it on Mariam’s arms or hands, as a form of punishment for any misbehavior, regardless of how minor. As a result, Mariam had multiple burns on her body and developed an intense fear of her mother.

Mariam would often scream and run from her mother, thinking Mona was carrying a hot spoon behind her back.

Mona was bothered by Mariam’s intense reactions, but she tried to reassure herself that this was only way to raise a girl who was beyond reproach. Mona herself had a very strict upbringing. Her parents rarely hugged her or showed any signs of affection. To be honest, Mona felt a pang in her heart when she remembered her own childhood.

Over time, Mona developed a very close relationship with the Coptic Orphans Rep, Amira. Mona confided in her and shared her concerns about her daughter, Mariam. Amira listened and never judged Mona. Instead, Amira acknowledged that beating children is very common in Egypt, but also described how unnecessarily cruel punishments cause emotional scars. Amira made it her priority to support Mona in ways that would be most helpful, rather than intrusive. Amira also helped Mona bond with the other Mothers in the workshop.

Mona soon decided that she would never damage the children God gave her. She didn’t want Mariam to grow up to be emotionally unstable. So Mona memorized the new approaches Amira presented and refrained herself from being harsh or cruel. She quickly noticed Mariam and her brothers naturally wanted to be rewarded.

Mona also prayed fervently for God’s help. She practiced how to speak in loving tones to her children, without spoiling them. She began to consistently reward them for good behavior, using a star system.

She whispered words of thanks to God when she noticed how their faces shined with an innocent joy that made her feel like a good mother. Mariam, who was once an emotionally distant child, embraced Mona, instead of running away from her, and wanted to be held by her mother,

Mona told the Coptic Orphans Rep, “I decided that regardless of what my daughter does, I will never deliberately hurt her again.”

In response, her children went out of their way to be extra polite and respectful to their mother. They sweetly asked if they could do small favors for her and pleaded with her to give them a star.

Mona started to refer to them as ‘my little stars’ and daily prayed with them. In time, Mona learned to display the affection that she herself had never received.

Help us give this affection to the children who so badly deserve it. Support our Child Protection and Sexual Abuse Prevention programs today.