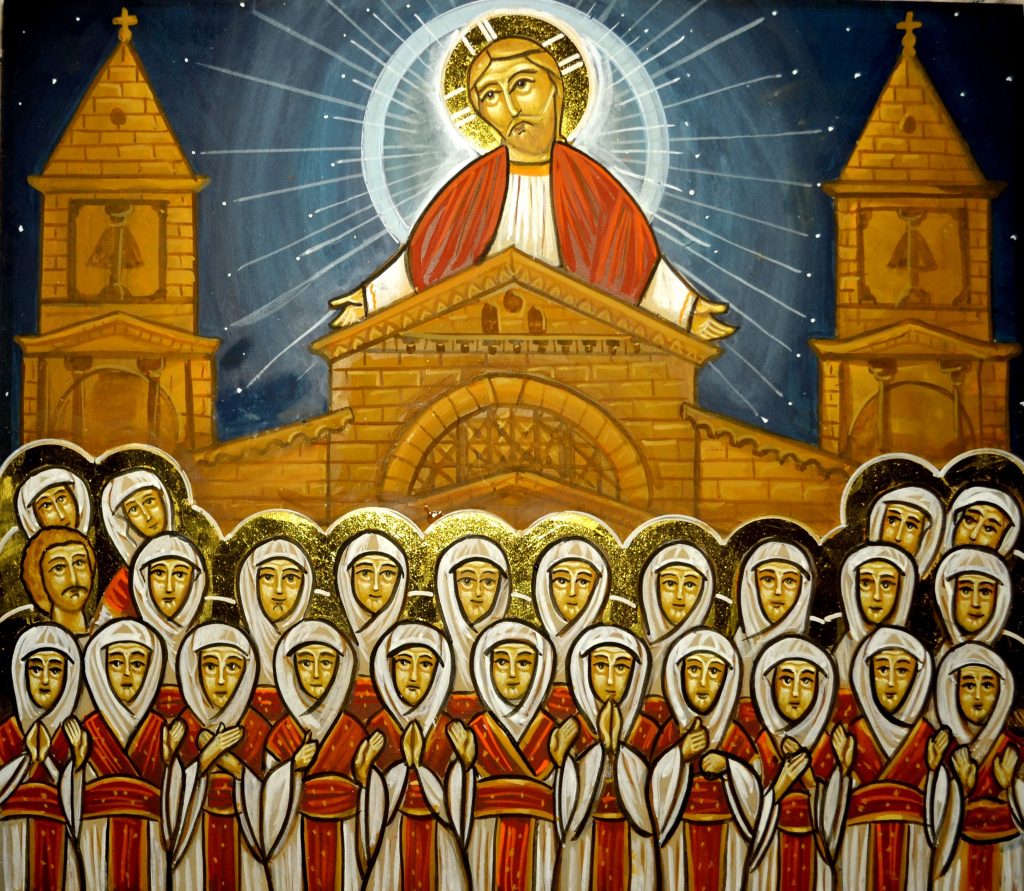 The world has seen too many modern-day martyrs, from the 21 Copts slain on the shores of Libya in 2015 to the most recent attack on the St. Samuel Monastery pilgrims this past November.

Until recently, the only time we would see martyrs is by looking at icons on the walls of our churches or in our homes. But martyrdom and persecution have played important roles in shaping our identities as Coptic Christians from the first-century on. As the 3rd century theologian, Tertullian, famously said, “If the martyrs of the whole world were put on one arm of the balance, and the martyrs of Egypt on the other, the balance would tilt in favor of the Egyptians.”

But today, I don’t have to hear a priest recite the story of a saint from the Synaxarion or kiss an icon in church to understand the meaning of true sacrifice.

No one can forget the El-Kedessen Church bombing during the wee hours of 2011 in Alexandria, where nearly 1,000 Coptic Christians were attending New Year’s mass. The service had just ended and some worshippers were leaving the church when a bomb exploded, killing at least 21 people and wounding nearly 80 . This set off a new wave of persecution in Egypt that has included the December 2016 attacks on El-Botrosia Church, the twin attacks on Palm Sunday in 2017 on St. Mark’s Cathedral in Alexandria where H.H. Pope Tawadros II was praying, and on the church in Tanta.

In just a few weeks on the eve of January 7th, Copts in the Diaspora will come together at churches all over the world to celebrate the birth of Christ. We will go to churches that we built here after leaving Egypt, but we know that many of our families are still there. Before heading to church, we will scroll through our social media news-feeds closely as our homes fill with the warm smell of cooking—praying that our brothers and sisters in Egypt make it through the holiday without another tragedy.

While most of the media coverage focuses on ISIS attacks, there is minimal coverage of the daily attacks on the existence of the Copts in Egypt. Surprisingly, in 2018 persecution not only exists on a direct physical level but is also pervasive on deeper legal and social levels where there’s a general sense of discrimination and unchecked intolerance. For example, on a legal level, restrictions on church building laws limit our right to exercise our religious freedom and practice our faith. In a broader social context, the fact that there was not a single Christian player represented on the Egyptian national soccer team during the FIFA World Cup last summer speaks volumes.

On a more personal level, we hear stories over the dinner table of people we know in Egypt who were more than qualified for a career opportunity but didn’t even get an interview because their name was “Girgis.” We hear of students who are intentionally ranked below their Muslim counterparts in university. We know that our sisters are more prone to discrimination and sexual harassment as they walk down the street with their hair uncovered and with crosses around their necks.

None of this is new. But just because it’s old news does not mean we can pretend it doesn’t exist. We must pray AND we must act. After all, an attack on Christianity in the very land where our Lord Jesus Christ walked is an attack on Christ himself.

Coptic Orphans began its journey in 1988 with the simple mission to help orphans and other vulnerable children to achieve the highest levels of education attainable. By doing this, Coptic Orphans does its small part of ensuring that the Coptic community not only survives, but thrives. In the 30 years since we’ve started our mission, we’ve seen that children typically lose their fathers due to poor health or because of accidents. But during this most recent wave of attacks, we’ve also had children whose fathers have been brutally murdered for the mere fact of being a Christian.

Together, we will nurture these children; and with your continued support, we will ensure that our indigenous Christian communities will not be eradicated from the motherland. Nor shall our rich faith, heritage and identity be robbed from the fabric of our society.