Letters from the Field: Love is the Best Teacher 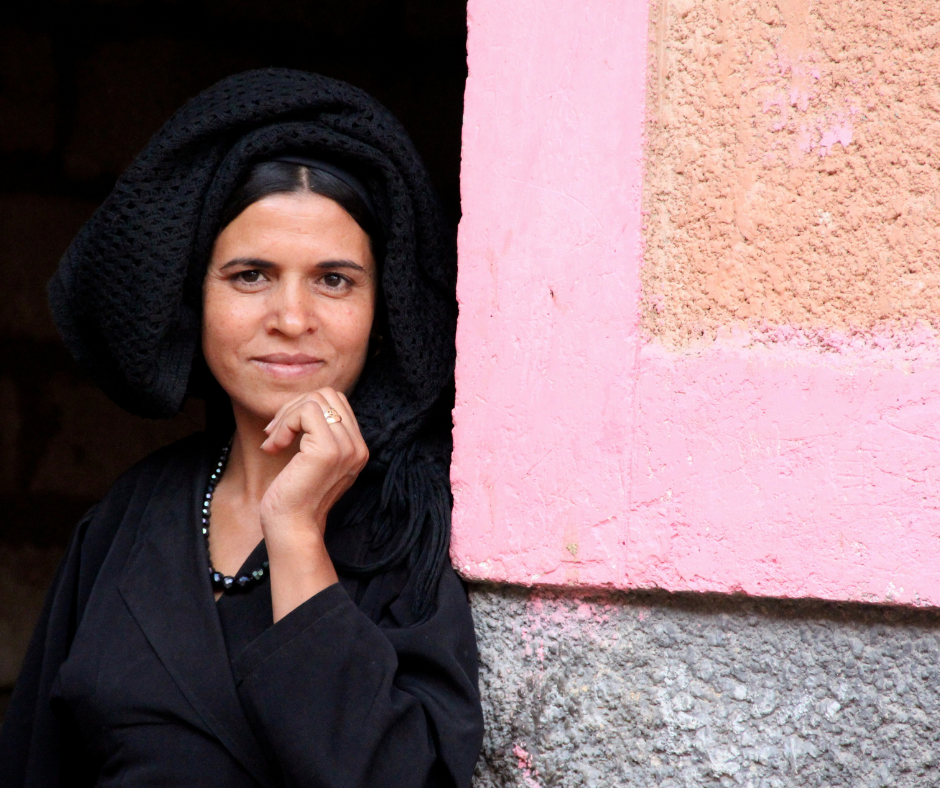 A widowed mother stands outside her home in Egypt

(As told by a Volunteer Rep in Upper Egypt)

I first met Sarah about a year ago, when she and her sons first joined the Not Alone Program. Sarah had two boys: Mina, who was 4, and his older brother Mark, who was 6. Her husband had died years ago from a tragic accident and Sarah, still a young mother, was left penniless.

I knew the town Sarah lived in very well. It was sometimes a difficult place to work in. I noticed how parents in this town were very focused on disciplining their children, using whatever methods, no matter how severe. This was a common practice and frankly, no one in the town thought it was out of the ordinary.

Sarah, one of the women who attended our Coptic Orphans workshops on Child Protection also used very rough methods with her two boys.

When I spoke with her, Sarah insisted the bible verse “Spare the rod, spoil the child” was her guide.

I also learned that when Sarah was frustrated, she yelled at the top of her voice.

Soon Sarah noticed that Mina, her 4 year-old, began wetting himself and crying, any time she raised her voice. In fact, he often wet his pants at the mere sound of her voice and Sarah had to change his clothes each time, which made her even more upset.

When I checked in with Sarah every week, she lamented over how she tried unsuccessfully to get Mina to stop, but nothing worked.

As a trained Rep, I could see how this situation wore on Sarah emotionally. Trying to support her, I asked her if we could pray together. One day, she confided that she cried at night and had no one to comfort her. Sarah sobbed and said that one thing, above all, truly saddened her. She confessed, “I am not treating my children as a mother should.”

Several weeks later, the mothers in our workshop openly debated the most appropriate disciplinary approach. Sarah looked up; she clearly had something important to say. She made announcement, “Mina has stopped crying and wetting himself.”

The other mothers were all surprised and interested to find out what finally worked. Each of them had their own special situations and frustrations with their own children.

I should note Sarah was not a particularly expressive person, but that day, she enthusiastically described how she learned to soften her voice and even started tickling Mina or playing peek-a-boo with him. Sarah noticed that with just a little bit of coaxing in a playful tone, she had Mina’s undivided attention. Mina would stare at her with his big brown eyes, absolutely fixated with her voice.

Sarah went on. She told the group how her oldest son Mark had also deeply frustrated her in the past. Sarah finally (and reluctantly) tried the reward chart that I had recommended. To her surprise, Mark responded instantly, pointing at the chart each time he had done something right. Mark, who had been a very temperamental child and hated school, suddenly became a child at ease. His Kindergarten teacher said Mark finally started socializing with other children, whereas before he would sit silently in the corner by himself and sob.

I could see the pride on Sarah’s face. That afternoon, as I hugged and kissed each mother goodbye, I felt something different about Sarah when she hugged me. I could feel that inconsolable grief be replaced by a sense of hope. When Sarah smiled and waved goodbye, I could see the beauty beneath her sadness reflected in her young face. I could tell there was a confidence growing inside of her.

I felt that each of these women deserve to feel joy and confidence, rather than lifelong heartbreak and despair. It was their right as daughters of God — and I recalled the verse “Now may the God of hope fill you with all joy and peace in believing.” (Romans 15:13)

Days later, I called Sarah to wish her a happy Easter. Sarah greeted me with a warm hello and a funny story. One of the neighbors, an elderly woman who was known as the village gossip, stopped Sarah in the street. The woman commented at how she no longer saw Mina or Mark outside or heard Sarah yelling. The old woman (who was a widow herself with grown children) exclaimed, “Well, you changed my dear! Good for you!”

Sarah now walks through the village with her children at her side.  She gets compliments from all her neighbors who say her children stand out in the neighborhood.

You can help ensure there are more brave women like Sarah. Make a gift towards our Child Protection program today.