A Rep to the Rescue 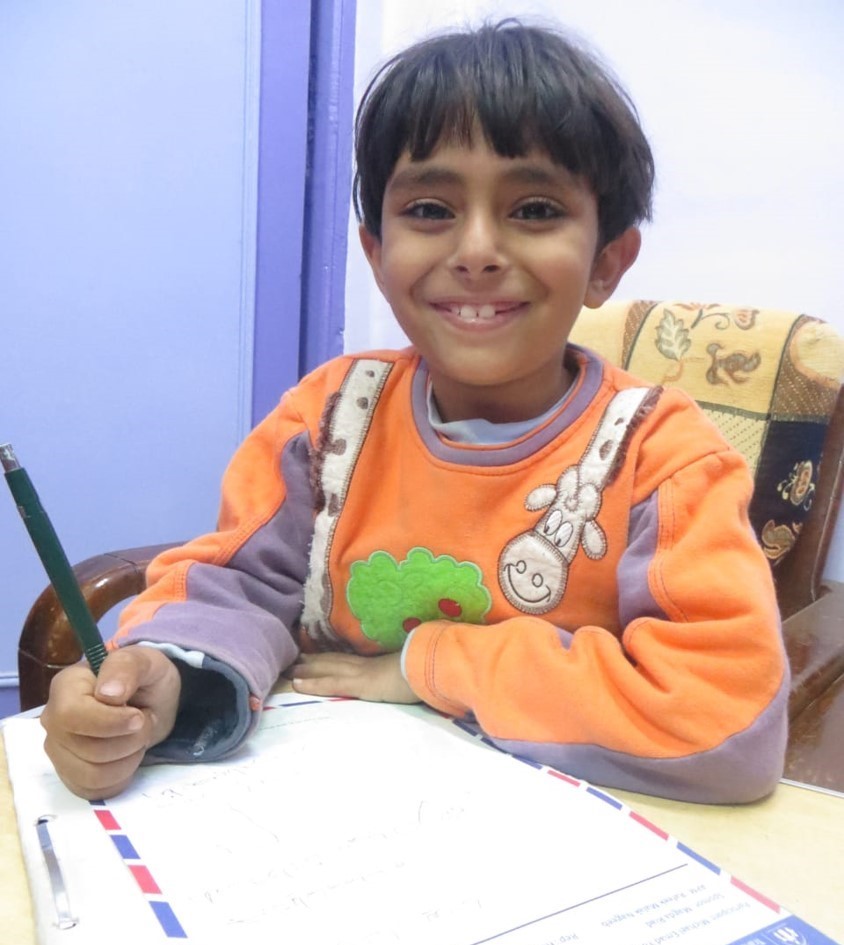 “How can I be his mother and father, when I am just his Teta?”

“I’m too old to care for a newborn…what will I do? How will I raise him?”

“I don’t even work. How will I provide for him? Where will I find the means to feed him?”

These were just a few of the anxious thoughts that flooded Teta Magda’s mind while still mourning the death of her only daughter.

At the age of 53, Teta Magda found herself not just the grandmother of baby Mario but also taking on the dual-role of the parents Mario would never know.

After being born into a traditional family with a mother and father, Mario’s mom unexpectedly passed away only 10 months after his birth. Instead of stepping up to raise Mario as a single father, Mario’s dad left baby Mario in the arms of Teta Magda. Unbeknownst to young Mario, this would be the last time he would ever lay eyes on his biological father.

While Teta Magda may not have signed up for this, she certainly would not leave Mario orphaned and uncared for. And neither would God.

When Teta Magda was in church one Sunday, she overheard someone talking about Coptic Orphans and their programs that assist children who’ve lost their parents. Teta Magda inquired further about the organization. Mario was eventually enrolled in our Not Alone program and by God’s grace, he was blessed to have a sponsor from abroad.

One day, Mario had come across a photo of his mother while going through his Teta’s belongings. When curious Mario asked his grandmother who the woman in the picture was, Teta Magda responded, “Dee Mama” (this is your mom).

Confusion overpowered little Mario, as he was under the impression that Teta Magda, the woman who had been raising him all these years, was his mom. Tears filled Mario’s eyes as he tried to fathom those two words that would forever change his life.

Teta Magda took Mario on her lap and started explaining to him that she was, in fact, his Teta–that his mother had passed away and gone to heaven when he was just a baby.

As the days passed, Mario became withdrawn. He refused to go to school and lagged behind his peers who were advancing in their studies. Mario also had no desire to go to church and even showed little interest in playing outside with his friends.

What could Teta Magda do? The situation seemed hopeless.

Volunteer Reps are assigned to each child to look after their well-being. When Hanna became aware of the situation, he began speaking with other servants in his community, church, and the Not Alone Program about how he could help withdrawn Mario overcome his despair.

Although Mario was reluctant to go to school, Hanna started to pick up Mario from home and take him to school every day to encourage him. Hanna even went to Mario’s school to speak to his teacher and principal to see if they could help support him in his fragile state.

Mario’s school principal was very understanding and encouraged his teacher to take it easy on Mario. As a result, Mario was permitted to have early dismissal from class and was excused from the activities he did not want to participate in in order to accommodate his emotional needs. During this time, the school’s social worker also grew closer to Mario and began working with him one-on-one. Coincidentally, Hanna’s daughter, who was also employed at Mario’s school, began to follow-up with Mario and kept her dad informed of his progress.

Hanna discussed Mario’s situation with the Bishop who has long been close to Mario’s family. He has become even more loving and supportive of Mario whenever he sees him at church.

But Hanna did not stop at reaching out to Mario’s school staff and church servants for help. Hanna wrote to Mario’s sponsor in his yearly progress report, encouraging the sponsor to write more letters. Mario’s sponsor began doing so, emphasizing the importance of continuing his education and being a happy boy whom God loves.

Hanna was resilient and did not give up. It took over a year of reassurance, follow-through, and constant support to see positive results. He even urged Mario to attend the workshops on positive self-image and emotional intelligence, which were a great help. He also motivated Mario to become a deacon at church.

Eventually, Hanna’s efforts bore fruit, and Mario’s spirits lifted. His reading improved dramatically; he did better in school; and he was even confident enough to recite parts from the Agpeya (Book of Hours) in the holy liturgy in front of all the deacons and congregation!

This story demonstrates God’s mighty hand not only through the work of our Volunteer Reps, but also through the amazing force of a loving community. It takes a Coptic village to raise and look after one of God’s children.

By God’s grace, today Mario is doing well and coping with his issues. He has learned to love church and has dreams of becoming a monk when he gets older. He still lives with Teta Magda, now age 65, and continues to receive financial support from the program; emotional support from Hanna through his frequent visits; and love and inspiration from his sponsor abroad. In partnership with us, you too can impact the life of a vulnerable child in Egypt today. Visit our website to learn more: https://copticorphans.org/sponsor-a-child/! 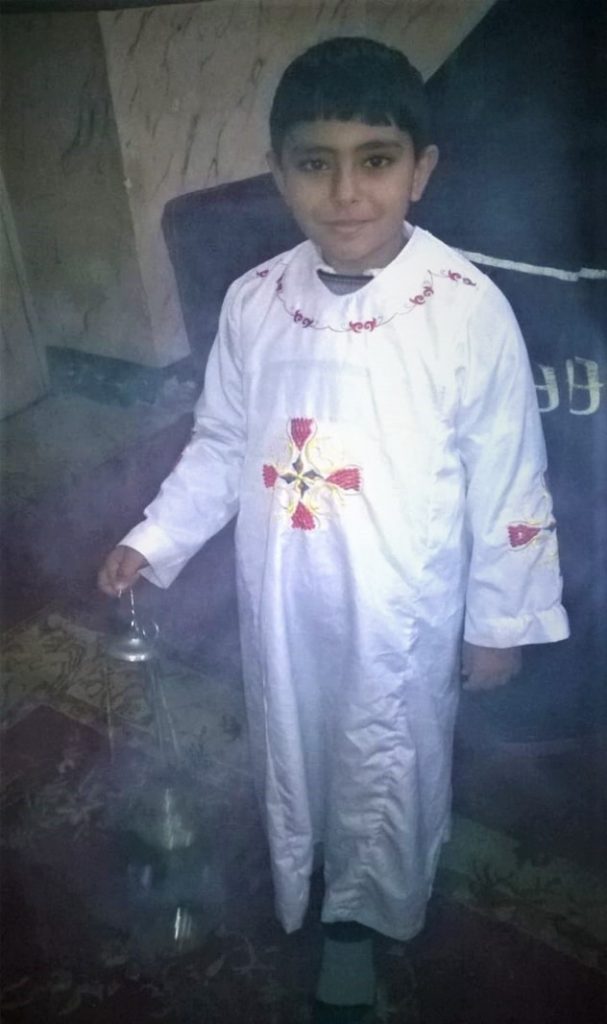