A life worthy of the calling

In remote and rural parts of Egypt, many girls grow up in small and closely knit communities, with little knowledge of the outside world. Some of these areas are so remote that they are difficult to locate on a map and remain foreign to Egyptians living in urban centers like Cairo.

Born and raised in these small poor villages, girls in particular have little to no opportunities to see or learn about the world outside. In fact, for most of Egypt’s history, it was commonly held that education for girls was simply unnecessary.

As a matter of fact, there was a familiar saying among Copts: “Women only leave their homes for 3 reasons: to be baptized, to join her husband’s family, and to be buried in the cemetery.”

Yet, in 1952, at a time in Egypt where the literacy rate among women was just 10%, Awatef Fahim Armanious graduated high school and left her hometown of Beni Suef, to enroll in Cairo University.

Awatef Fahim Armanious was not just any woman. Always strong-spirited but also with a good head on her shoulders, Awatef rejected the idea that she should just sit back and wait to get married, because that was the only thing girls did.

Awatef ruled out a life of a resignation or mindless conformity to what society gave her “permission” to do. She cared less about what people were saying and more about how she could live the life God called her to.

Early on, Awatef decided that self-determination, rather than self-defeat, would shape her path. Awatef embraced life with gusto and nothing could convince her to turn back.

So at the ripe young age of 18, Awatef chose journalism as her major and in doing so, began writing her own story.

And so after graduation, Awatef sought out work at various news outlets while working as a freelance at the weekly paper Watani. After considerable work as a freelancer, she immediately hired as a writer for a Cairo-based newspaper Akbar Al Youm. She was one of the only female writers on staff.

In the course of her work, Awatef met Naguib Soes Geerges. He was immediately struck by Awatef’s sharp intellect, her passion for life, her kindness, generosity, and way with people.

They grew close, first as colleagues and then friends. Recognizing each other as soulmates, they soon married and had three children, all girls: Nevien (Fifi) Tadross, Nermien (Nennie) Riad, Nesrien (Mimi) Geerges. Soon, she was balancing work and family.

In 1971, the next major chapter of her life began. With her husband and three young girls in tow, Awatef moved to the United States, settling in Fairfax, Virginia. Awatef initially began working as book keeper, taking night classes to learn English and obtain a certification as an accountant.

Night after night, she poured over her textbooks as her husband and children slept, determined to understand the subject matter. In very little time, she grasped the principles of finance, teaching herself the complex rules and regulations around investments, Real Estate, tax law, and mutual funds. 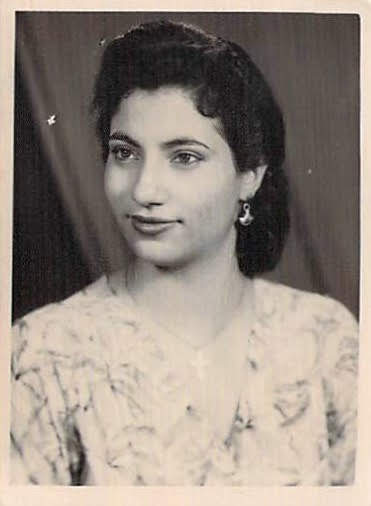 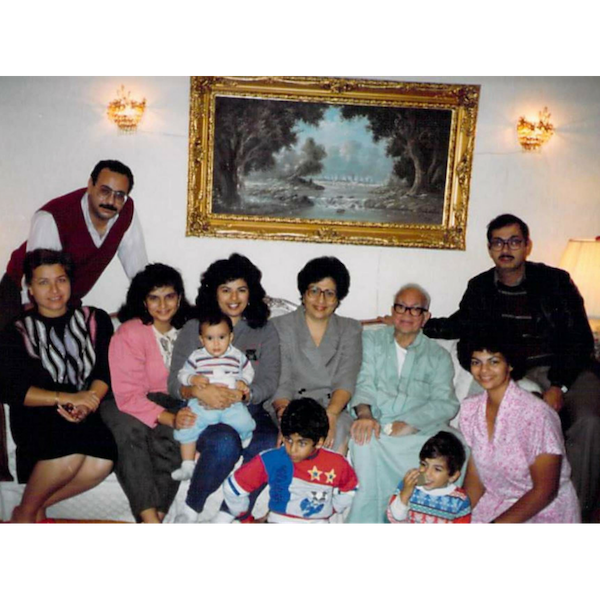 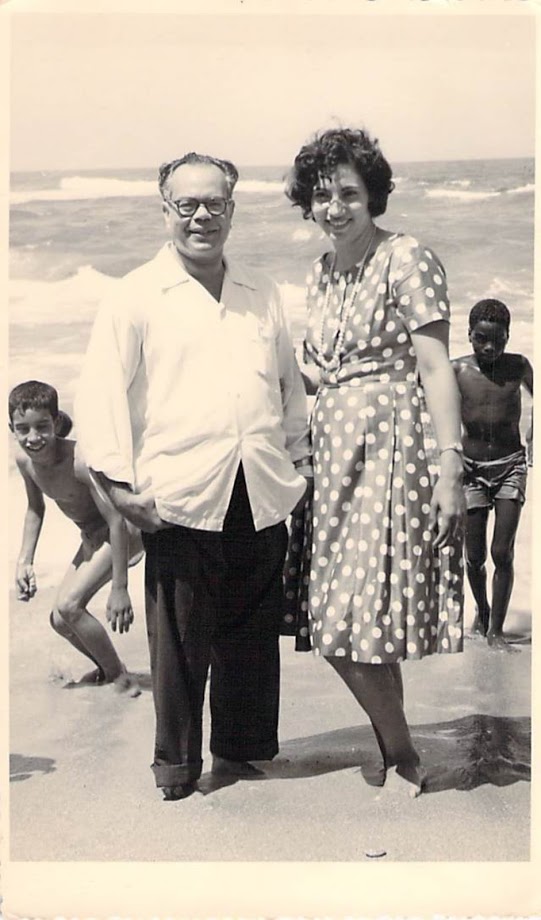 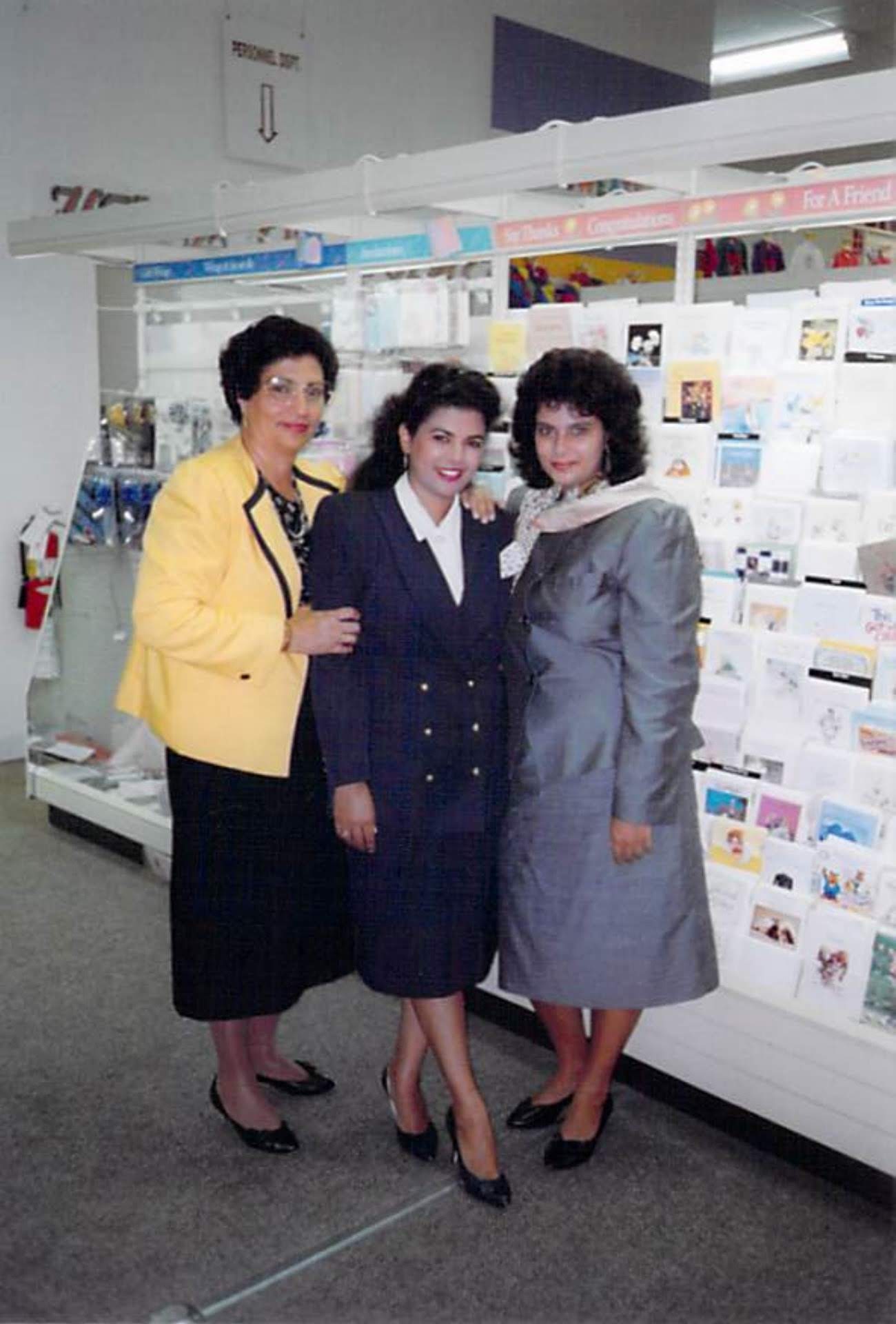 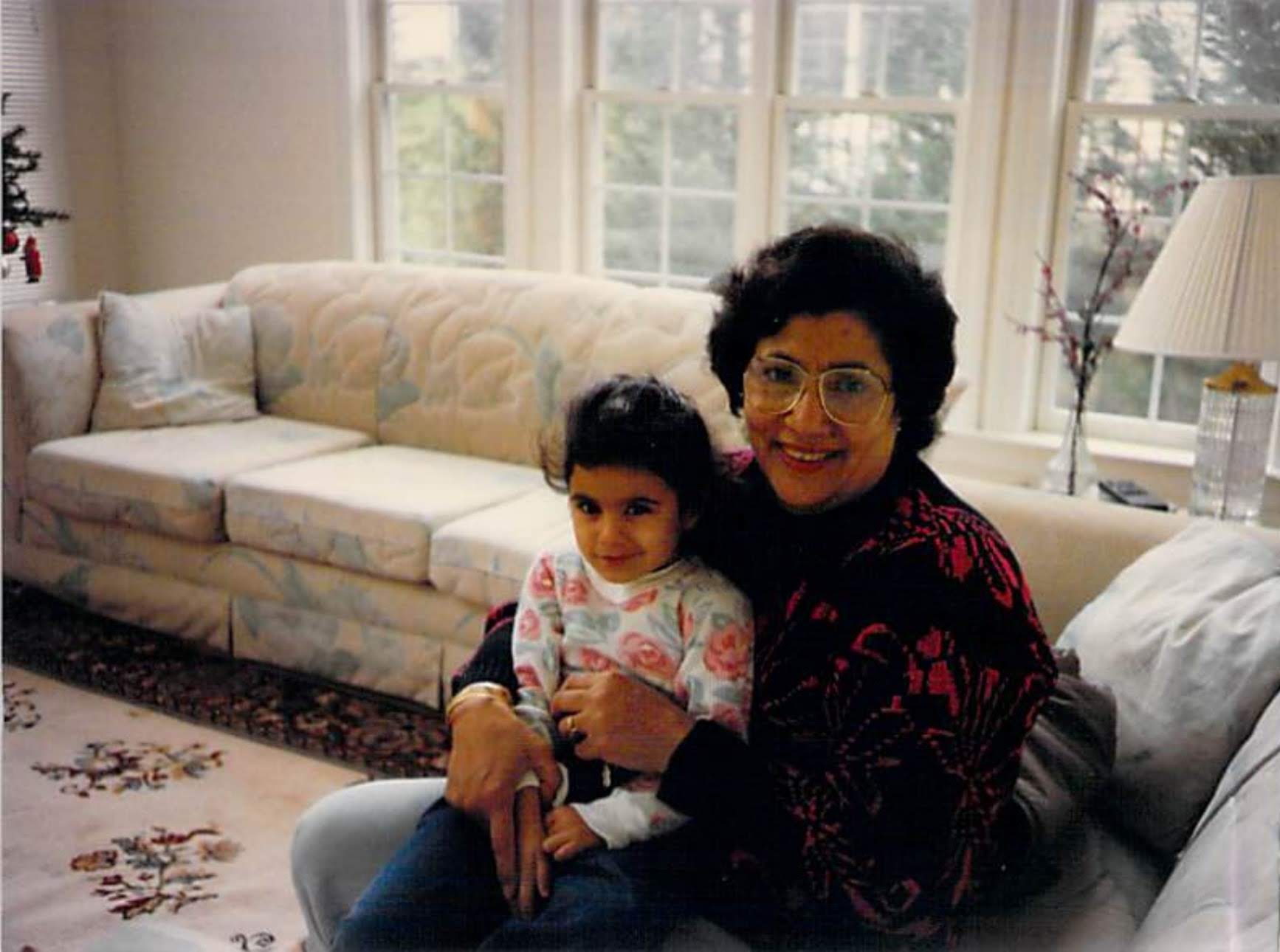 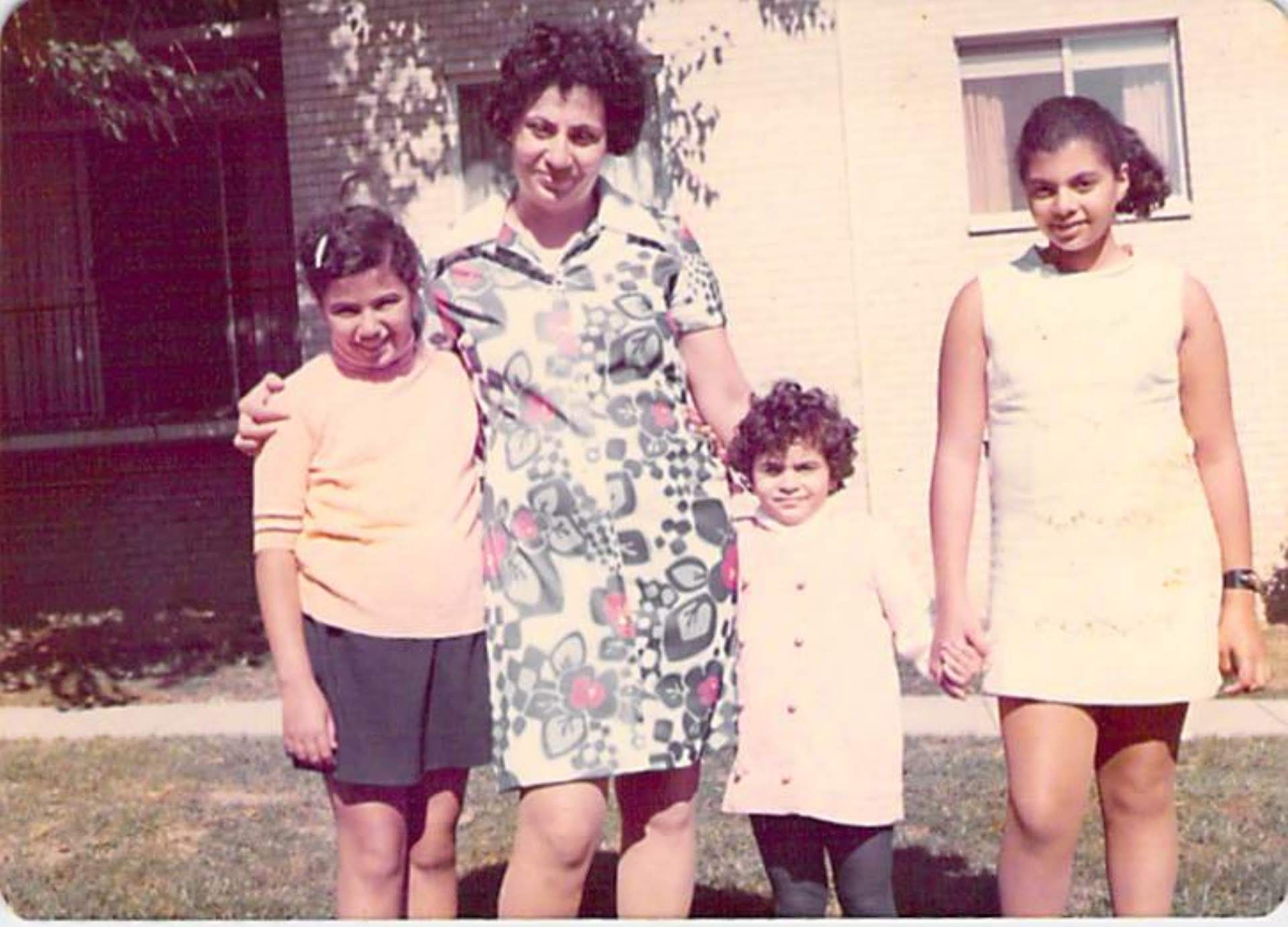 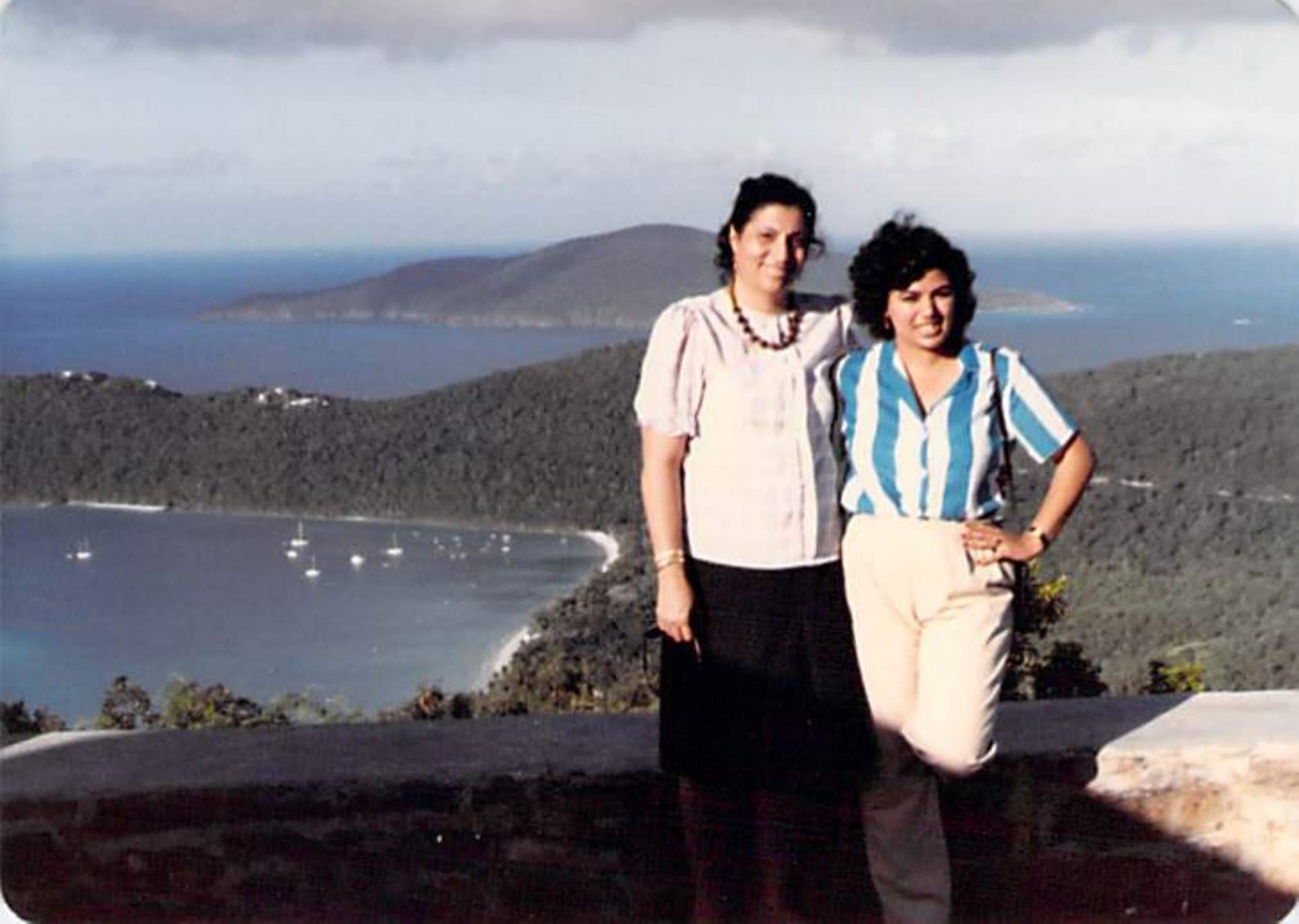 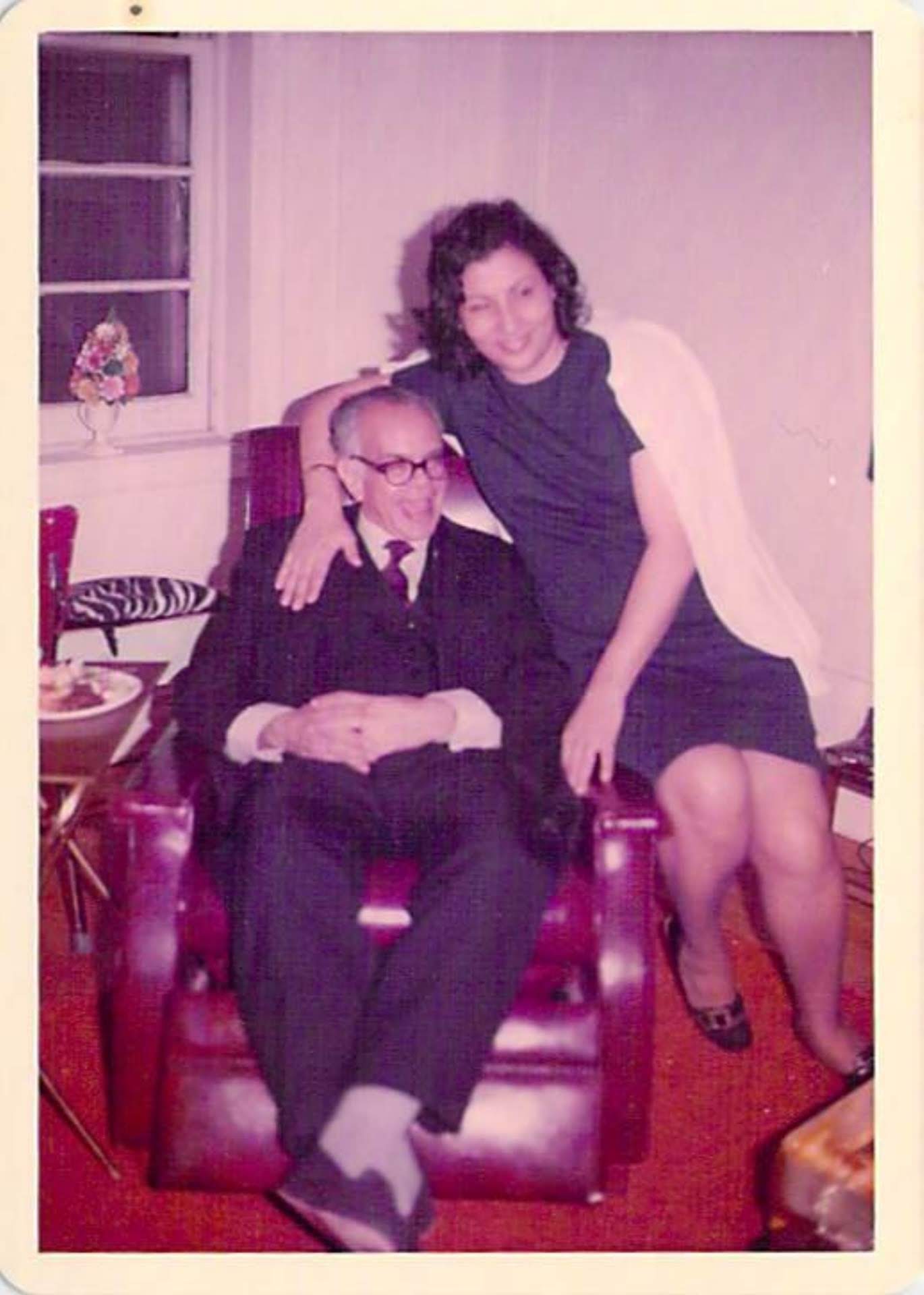 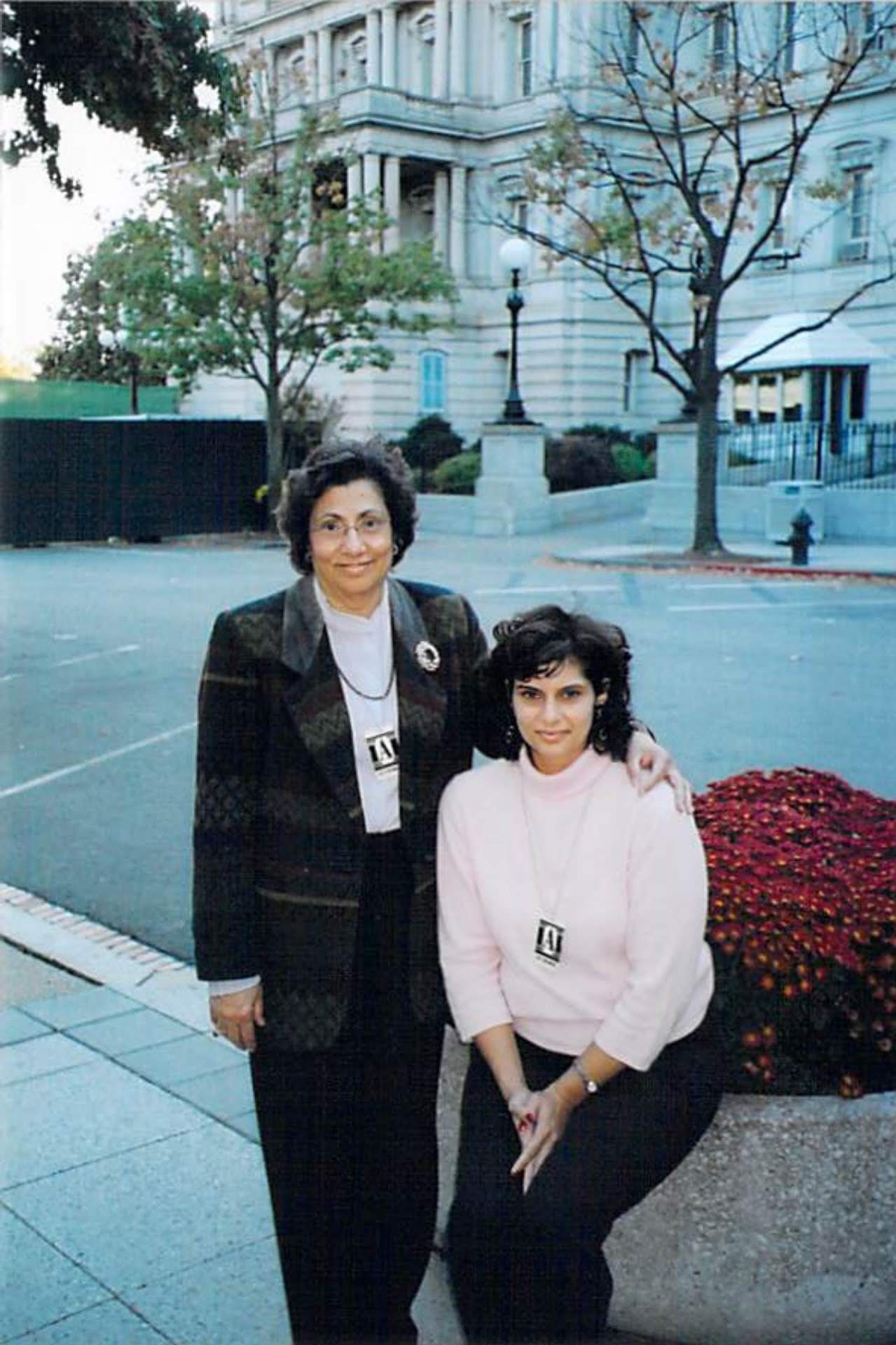 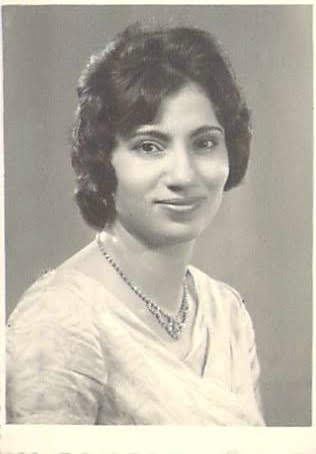 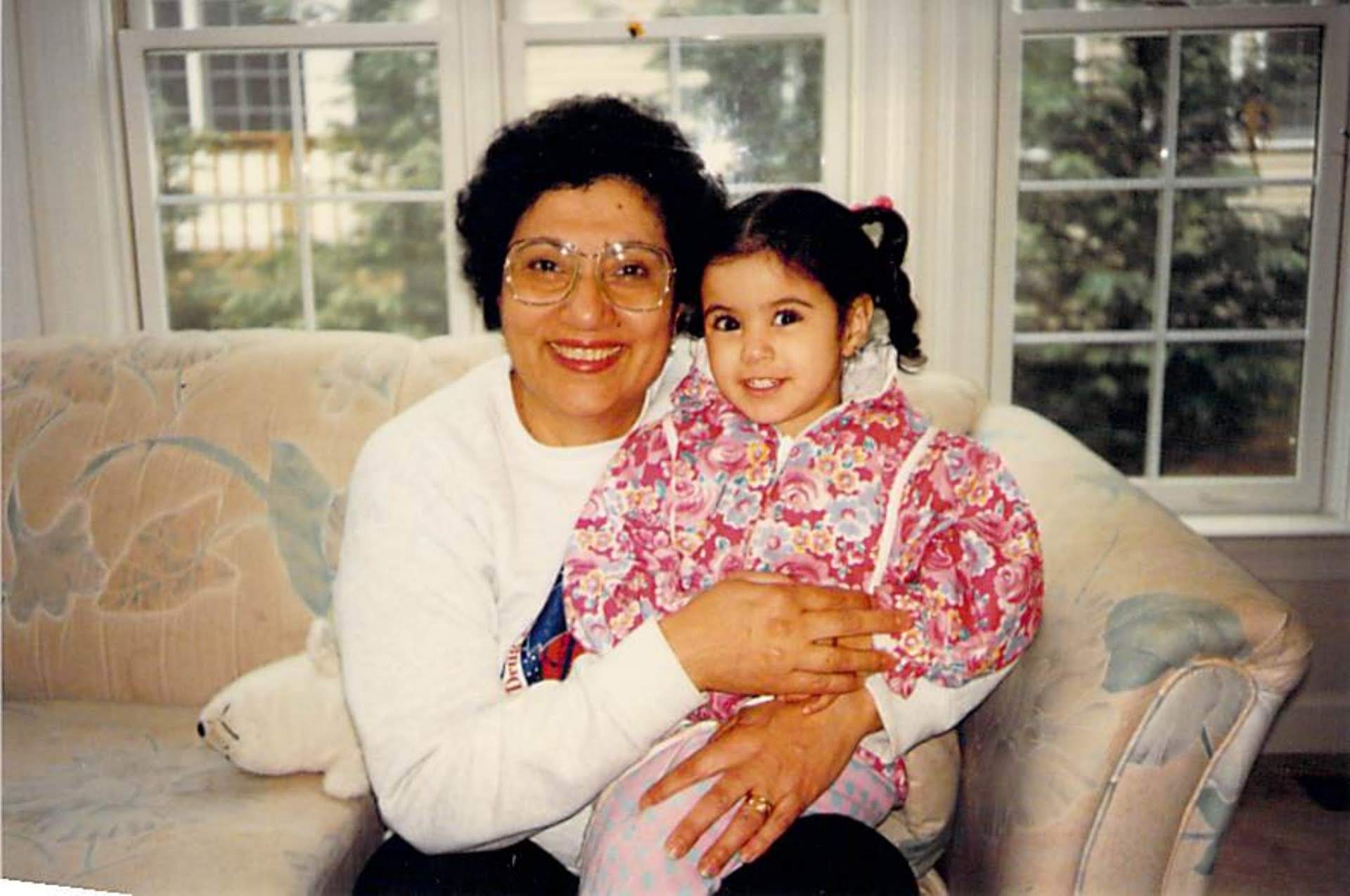 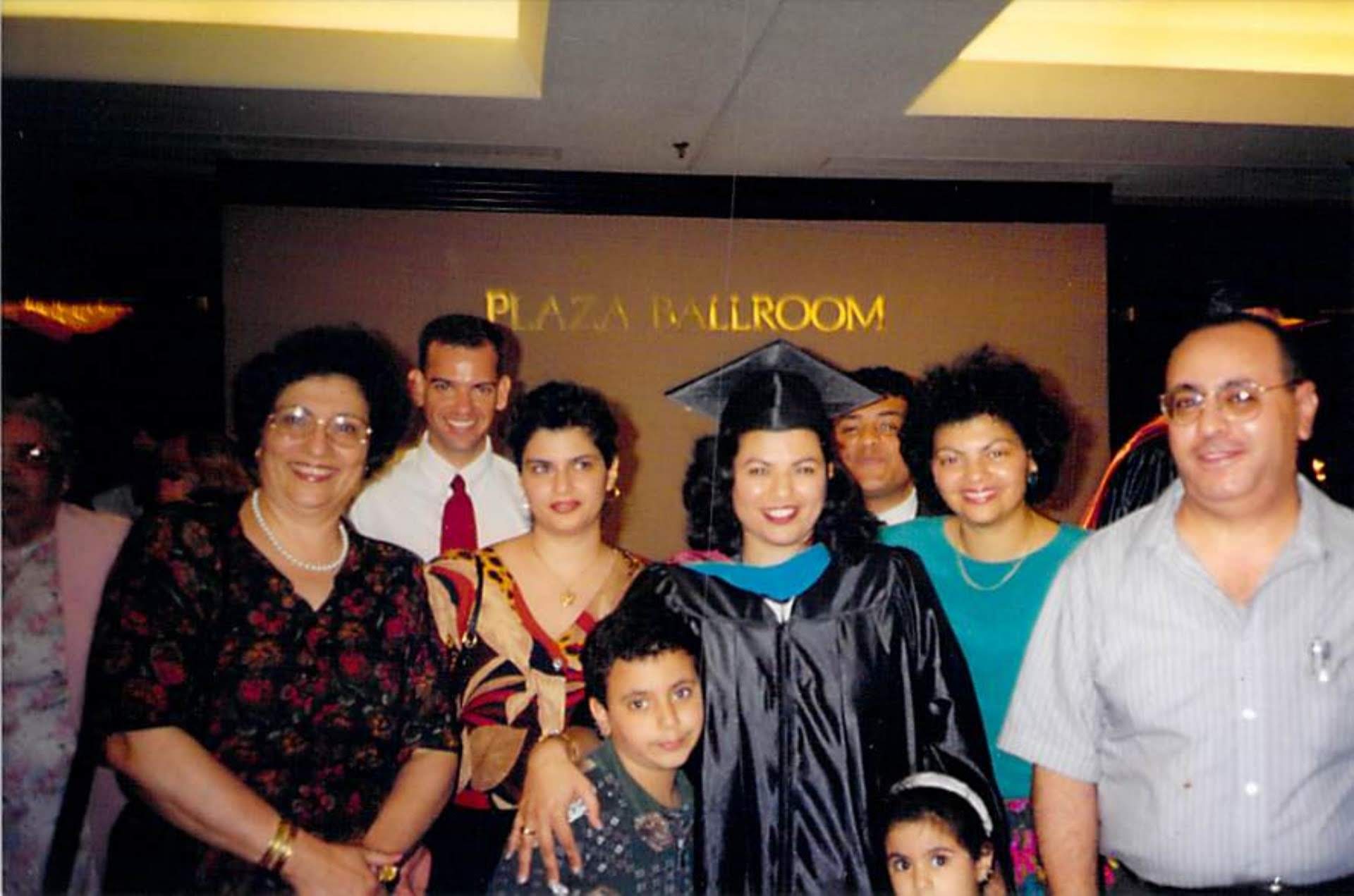 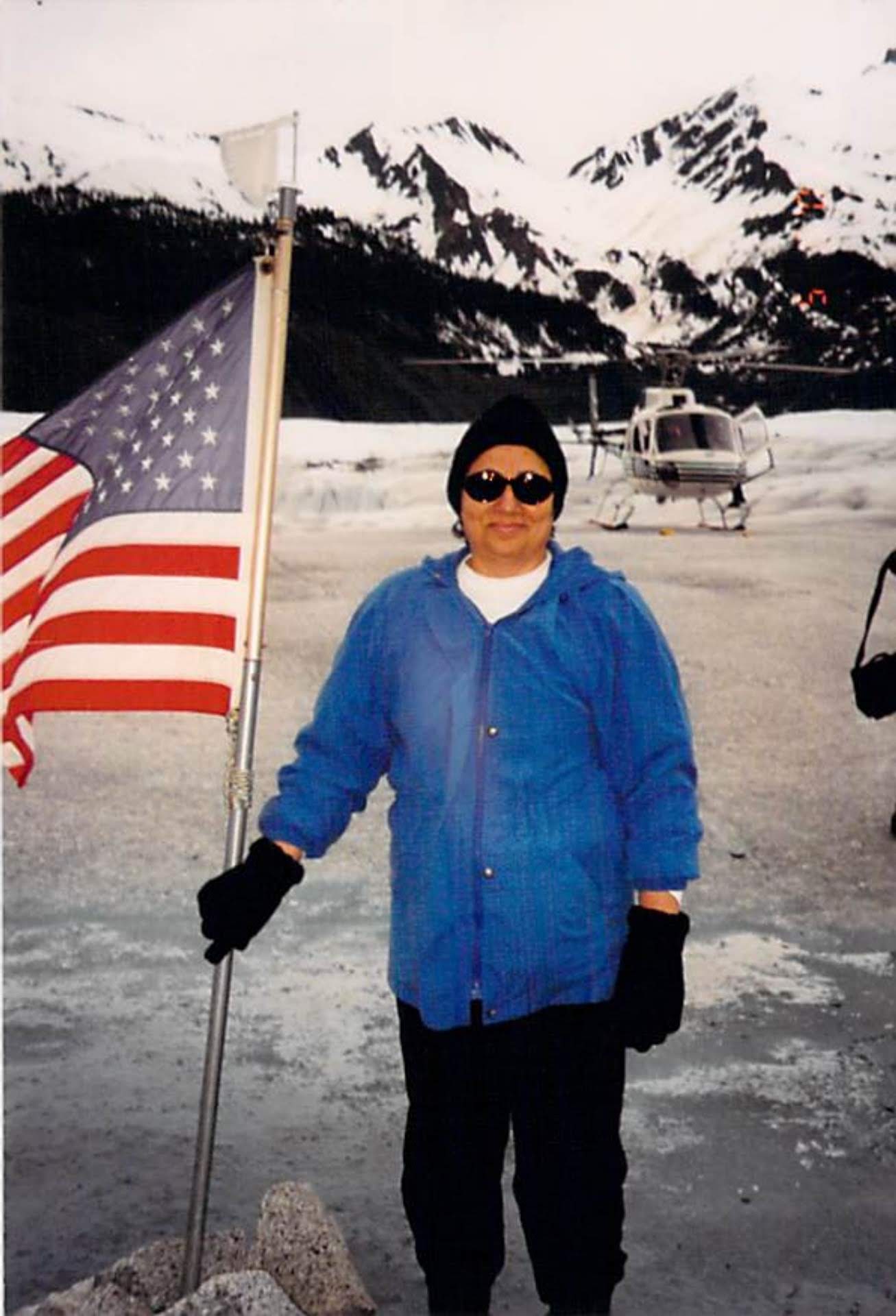 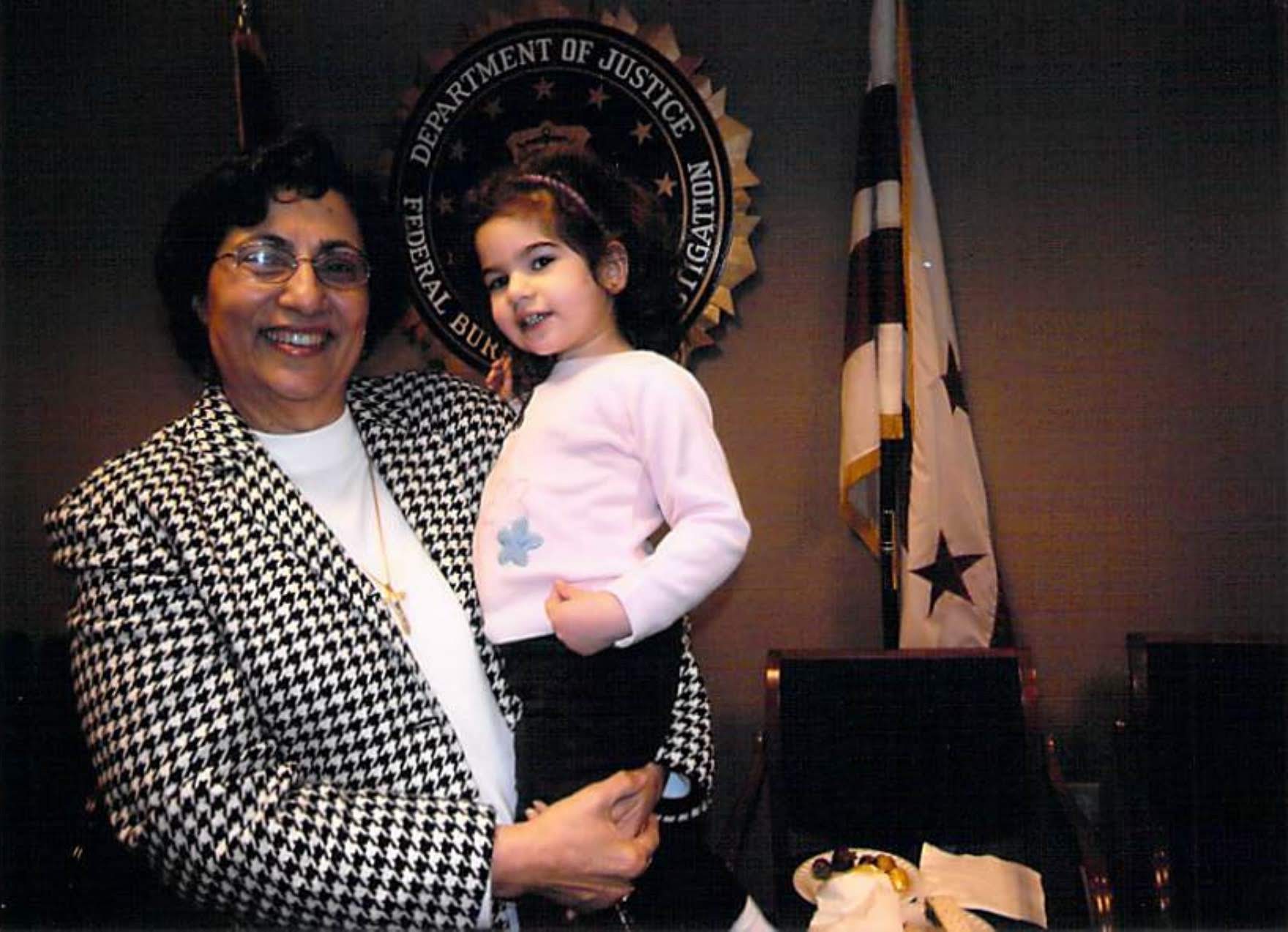 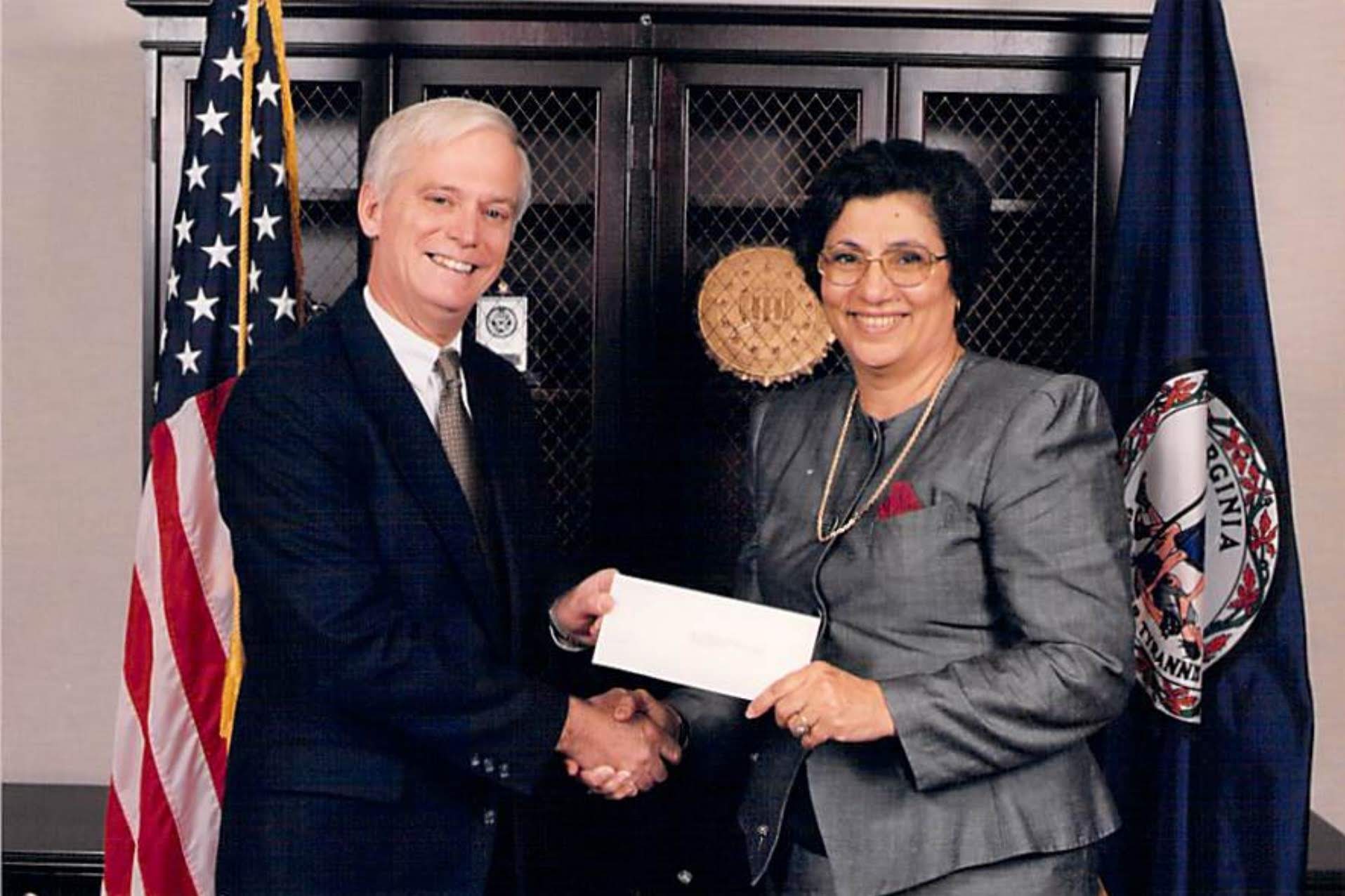 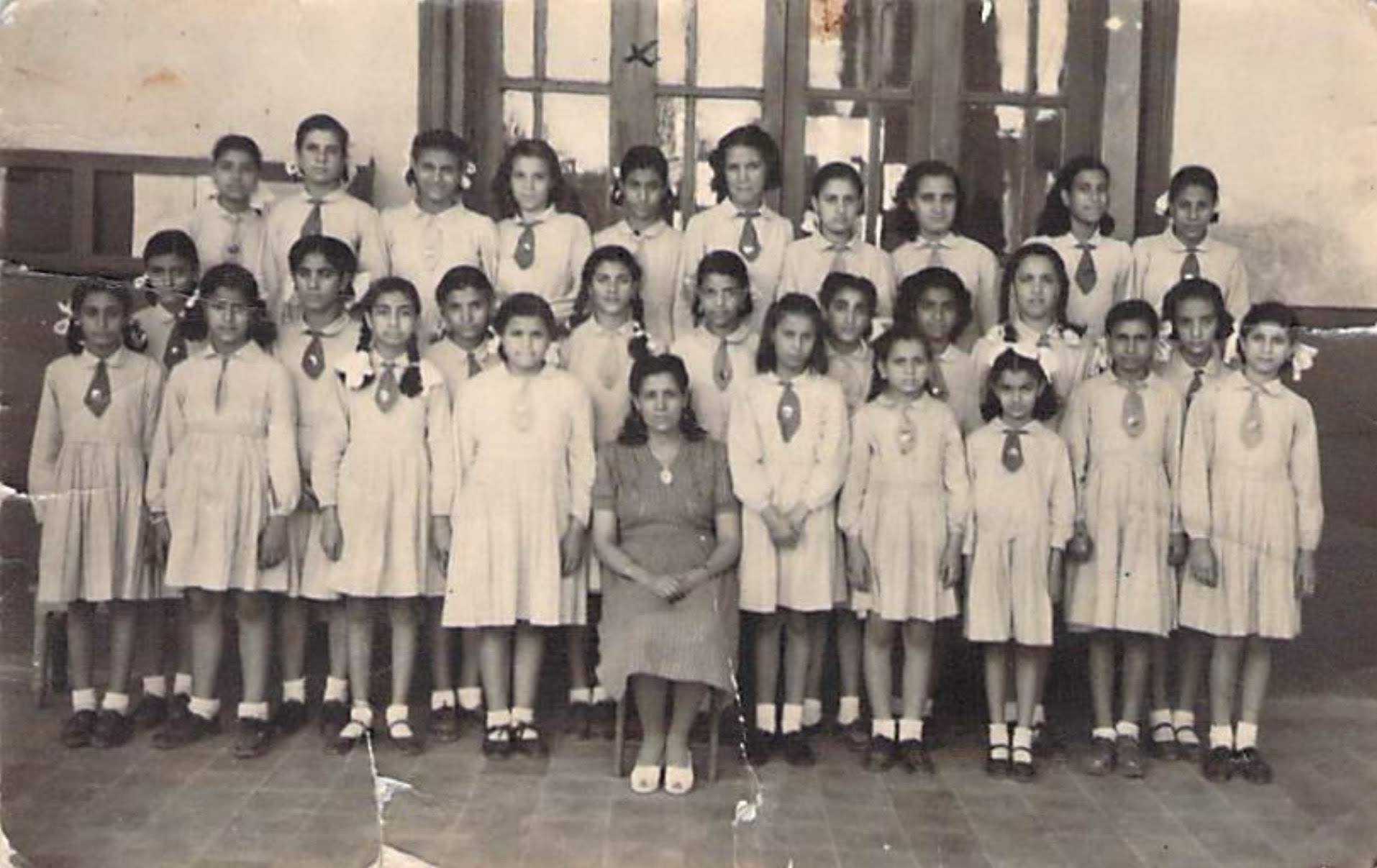 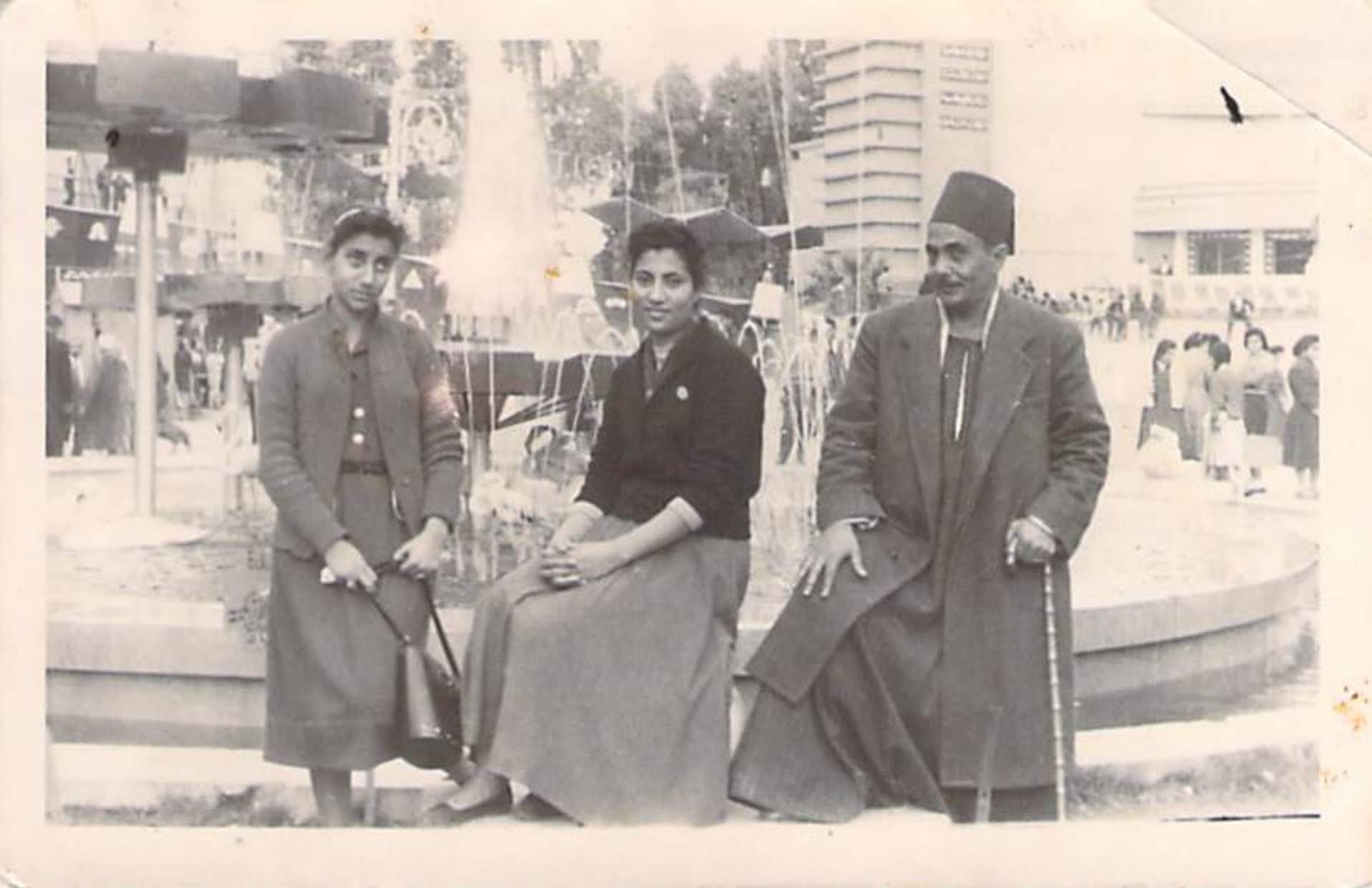 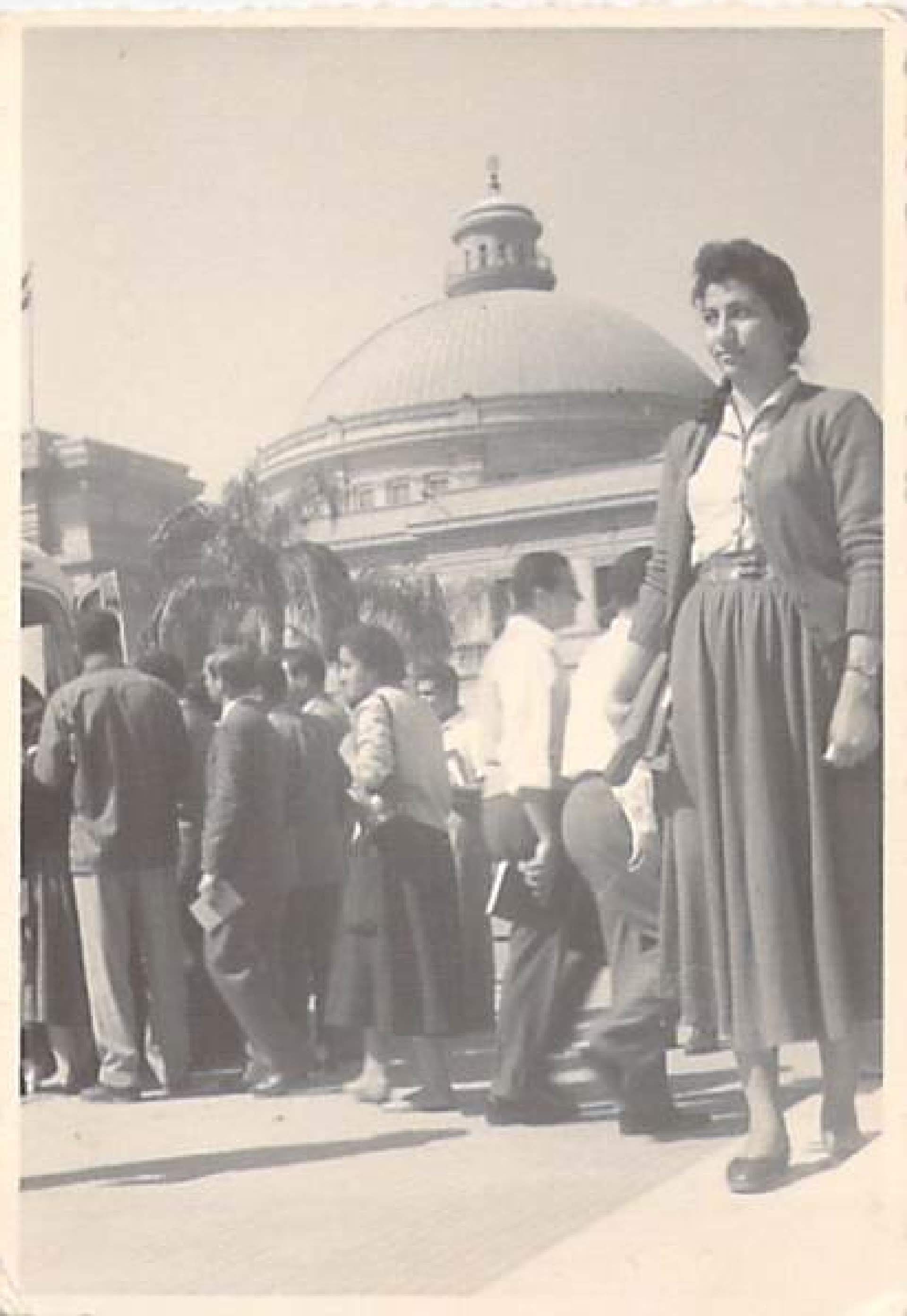 It was here in Virginia where Awatef would begin a new career and make her mark as a pioneer and pillar of the community. She had no idea then what God had in store for her.

As she tried to instill Coptic values in her growing daughters, Awatef lamented that there were no Coptic Churches in Virginia at all. During Holy Week, she drove her family of five to New York, so they could attend Pascha services.

Refusing to just sit back and wait for someone else to take the lead, Awatef set her sights on establishing a Coptic church in Virginia for the dozens of families who had no church to call home.

Awatef worked day and night to raise funds for the purchase of a church building. Finally, in 1978, the community of Copts in the area, raised enough to purchase a small church on Leesburg Pike, which became St. Mark’s Coptic Orthodox Church in Washington D.C., our nation’s capital.

Then in 1982, God presented her with a new challenge, one she could have never imagined as a university student in Cairo in the 1950s. The Federal Bureau of Investigation (FBI), the premier law enforcement agency in the United States, a branch of the federal government, was conducting a nationwide search for language specialists who had expertise in both Arabic and English.

Awatef jumped at the opportunity and submitted her application. She was unfazed by the organization’s reputation for hiring white men who were known for their stiff affect and perfectly pressed suits.

Her university work and night classes paid off. She passed the foreign language exam with flying colors and surpassed dozens of other native-born candidates in the highly competitive screening process.

In 1982, Awatef was hired as a linguist for the Federal Bureau of Investigation. She would spend 25 years as a Linguist/Language Specialist for the FBI.

Awatef was among the first Coptic women to work at the intelligence agency as an embedded linguist, partnering with investigative teams on the most sensitive national security investigations including the first World Trade Center bombing, Lockerbie, and 9/11.

As time passed, Awatef’s daughters grew into impeccable young women, each fearlessly pursuing her own interests and gaining a foothold in the world.

Emulating their mother, Nevien, Nermien, and Nesrien, never questioned their own self-worth. They all displayed the same indefatigable will, sharp intellect, compassion, and tenacity. Everywhere they went, people quickly recognized them as Awatef’s daughters.

In one instance, when a Sunday School teacher named Fayez heard that Awatef had permitted her daughter Nermien to leave home to attend university, he asked in disbelief: “How can this be? Are you not afraid for your daughter?” Awatef calmly replied, “Ya Fayez, my daughters are like gold… throw them in the fire, they shine brighter.”

As each of her daughters forged their own path in life, Awatef thanked God for His awesome support. Awatef gave herself little to no credit for their successes.

In 1988, her daughter Nermien was deployed on a State Department tour of duty in Egypt. Nermien was shocked to find Egypt, the country of her birth, plagued by widespread poverty. And that was not all.

Nermien learned of dozens of Coptic children who had been abandoned by their widowed mothers and taken into orphanages operated by the local church. In the worst cases, the child had two living parents. These parents simply could not afford to feed or care for the children so they gave them to the local orphanage which could at least provide one meal and perhaps clothing.

Much like Awatef, Nermien recognized injustice when she saw it: this situation could not stand. Upon her return to the U.S., Nermien spoke to her mother and decided that she would begin collecting donations for 45 girls who were currently housed in the orphanage.

Awatef unflinchingly gave her support for the start of this new ministry that would later be called Coptic Orphans. Awatef even served as the first official fundraiser. She shared photos and news of the orphans with everyone she came into contact with: at church, social occasions, impromptu gatherings.

As Coptic Orphans grew, Awatef continued to support her daughter’s uncompromising vision for the organization, even when others criticized the mission.

Coptic Orphans would go on to be an internationally recognized nonprofit in the field of development and one of the few Christian organizations solely focused on giving Egypt’s fatherless children access to education and mentorship over the course of their lives.

Fatherless children were mentored by volunteers whose job was to reinforce one critically important message to each and every child: You have not been abandoned by your Father in Heaven; you are an essential part of the family of Christ and there are many people who deeply
cared for you.

With Awatef’s support, Coptic Orphans grew beyond everyone’s wildest expectations. Originally envisioned as a small ministry that would sponsor a few dozen children, Coptic Orphans captured the attention of thousands of Copts throughout the Diaspora whose generosity has expanded the reach of the organization and changed the lives of over 55,000 children for over thirty years.

Even as the global financial crisis hit markets in 2008, Awatef offered Nermien sound financial advice that would help Coptic Orphans thrive when so many nonprofits throughout the U.S. were on the brink of collapse.

Truly inspired by the work of Coptic Orphans, Awatef joined the Serve to Learn volunteers in Port Said. Here she was, many years later, back in her homeland, teaching young children that 1. God had placed no limits on them and 2. she and her daughters were living proof.

While most people would stop there, Awatef would not rest, even in her retirement. She was determined to see her community flourish. She served on the Board of Deacons. She established the burial ministry.  She welcomed and visited newcomers in their homes. She took responsibility for the lending library downstairs and regularly visited and comforted prisoners in jail, as part of her ministry.

In her last days, Awatef was surrounded by her children and grandchildren in her home. She departed this world peacefully, in honor and dignity, ready to meet the embrace of her Savior, the Lord Jesus Christ.

To celebrate and honor her legacy, an endowment has been established in her name: the Taunt Awatef Endowment.

The endowment, at maturity, will establish a scholarship for high school girls living in villages in Upper Egypt. Taunt Awatef Scholars will be taught how to identify and hone their God-given talents, shown how to articulate their career ambitions and goals without fear or embarrassment, and mentored on creating a life based on leadership and service.

When making a donation please add “Taunt Awatef Endowment” in the comments field of the payment form on the following page.